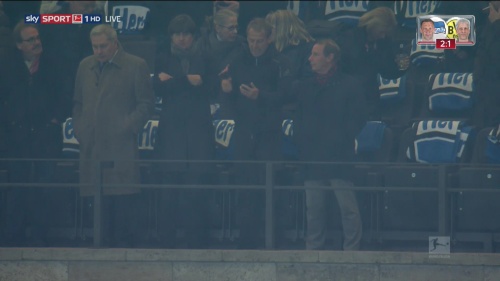 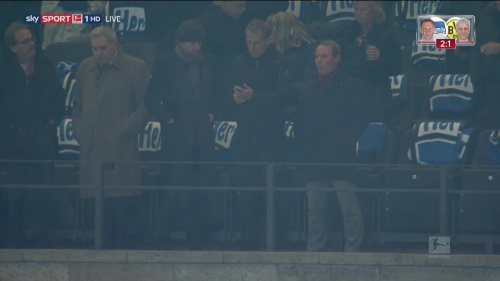 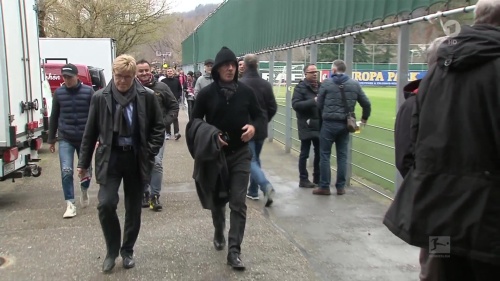 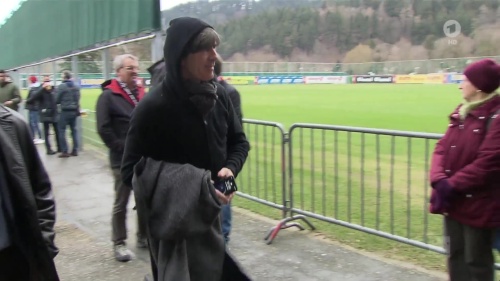 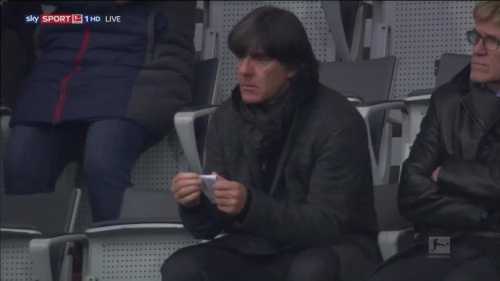 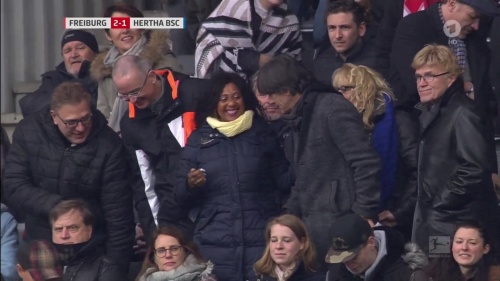 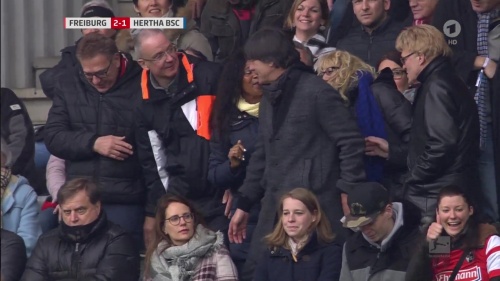 Goals of the month

Today’s daily prompt asks you to write a list, well I didn’t feel like writing a list but seeing as how the prompt says your list can be about whatever you want I thought I’d make a list of another kind. I have to admit my first thought went to Jogi Löw, I thought about making a list of his strangest moments, well a list in video form anyway. But then I thought I devote enough time to that already, in fact I’ve already made four videos of him this week and have another one to make tomorrow, so I figured I should spend some time on something else, so here are my favourite goals of the month from the Bundesliga and around the world:

Freiburg may have lost last weekend, but Admir Mehmedi did win the honour of having his goal voted as the goal of the week on bundesliga.com. Given that it was only his second goal this season and that it ended 1077 minutes without a goal for him, I think it will be pretty special to him regardless of the loss.

Firsts up is Sebastian Kehl’s super strike in extra time against Hoffenheim in the quarter finals of the DFB Pokal:

Miro Klose – once more proving he is still the man:

Thomas Müller against Eintracht Frankfurt,  Mehmedi’s goal aside this is my personal favourite:

I have to find space for Jogi Löw somewhere, so here he is, some of the goals from his career:

Posted in Fußball, The Daily Prompt

The title could equally have been the much more succinct “The Penalty that wasn’t” but such a title would suggest that the Bayern game was the most interesting thing that happened this weekend and that the league and the world begins and ends with Bayern, it doesn’t.

The weekend began with a bottom of the table clash between Stuttgart and Hertha Berlin, it was the scrappy relegation fight it promised to be with neither team getting the better of each other in the end, neither of them were willing to risk the point they would gain from the draw, especially Stuttgart who despite picking up that point still remain at the bottom of the league. Now their fans are starting to get angry with some eighty of them turning on a policeman at the game, the officer in question felt threatened enough to pull his gun and fire a warning shot. With the fans starting to get angry and rumors starting to fly about Huub Stevens getting sacked, things do not look good for Stuttgart. Just like the previous season they are going from one crisis to the next, difference is Stevens was the one who saved them last season, now it seems they’ve got themselves into a mess even he may not be able to get them out of.

The second and main game of importance, at least to me, was SC Freiburg v SV Werder Bremen, this wasn’t exactly a relegation clash given Bremen’s significant improvement since the taking of Viktor Skrypnyk though it was a rather scrappy and closely fought encounter. They were pretty evenly matched but it was Bremen that took all three points thanks to a beauty of a goal from Franco Di Santo. The result means Freiburg remain one from bottom, in the second automatic relegation place.

Stupidity abounds this week with the referee Tobias Welz’s controversial decision to award a penalty towards Bayern for Robert Lewandowski getting kicked in the head. Such a decision is completely absurd, how can it be a high boot when he had his head so close to the ground? If you choose to take the risk of getting that close to the grass, then you can’t complain when you get a boot to the head like that. It was especially controversial seeing as Bayern were at the time drawing 1-1 with Hannover and it’s not a definite thing that they would have been able to get another one. Hannover took the lead with a surprise goal from Kiyotake, true Bayern were able to equalise quickly but Hannover did not make it easy for them at all. It’s nice to be Bayern I guess, you get penalties given to you for no real reason and get away with ridiculous tackles like Müller’s rugby like tackle in the Paderborn game a few weeks ago.

That decision which may have contributed to Bayern picking up the three points is especially controversial in light of Wolfsburg losing to Augsburg. Though I admit, it’s pretty unlikely that anything will stop Bayern from winning the title yet again.

There was also some stupidity in the Hamburger SV v Borussia Dortmund game, between Rafael van der Vaart (who had only been on the field a few minutes) for some reason pushing Subotic into Weidenfeller who in another slapstick moment falls over, there’s more comedy when Van der Vaart goes down like a feather after being pushed by Subotic and Weidenfeller then acts the idiot, no doubt trying to save his injured pride.

Sunday provided just as much excitement as Saturday with a terrific game between 1. FC Köln and Eintracht Frankfurt. Frankfurt dominated the first half in terms of possession but didn’t get a single shot on goal. Köln were 1-0 up at half time, a situation which was soon rectified upon the resumption of the second half with Alexander’s Meier’s seventeenth goal of the season. With that and the penalty he successfully took towards the end of the game, he’s now one ahead of Arjen Robben in the goal stakes. But it was Köln who took what is only their second home win of the season, before this weekend they have only scored five goals at home all season, and then they score four in one game, incredible.  Their three goals in the second half coming from Marcel Risse, Yuya Osaka and Anthony Ujah, the last one is quite funny, not because of the goal but because of his celebration with Hennes the goat. That’s Köln’s mascot, named for legendary player and manager Hennes Weisweiler.

This is the moment in question:

The week and this post ends with the Pokal quarter final draw. Freiburg have been drawn with Wolfsburg. Raphael Honigstein on the European Football show: “that looks like a foregone conclusion.” Thanks for your optimism Raphael, whatever happened to the “magic of the Pokal?” Interesting draw, seeing as Freiburg play Wolfsburg this Sunday. Thomas Schneider did the draw, interesting fact, his last involvement in the Pokal was of a different nature and a little more direct. He was in charge of Stuttgart last season when they lost to Freiburg 2-1 in the second round.  Freiburg met Stuttgart in the previous season as well, that time losing to them 2-1 in the semi final. It was the first time ever they had reached the semi final.