Bundesliga round up: goals, goals and more goals

What a weekend, the tally stands at 32 goals so far and the weekend’s not done yet, there’s still three more games to be played.

I know now how I’m going to spend next week. I won’t have any time for films, I want to see as many of these games as possible, top of my must see list is the Bayer Leverkusen v Wolfsburg game, 5-4 in Wolfsburg’s favour. And Bayern putting eight past Hamburg, did not see that coming, I thought Bayern would win but not by so many, after all defence isn’t a big problem for Hamburg having only conceded twenty two goals before today. And for fun I’m going to watch Dortmund’s game again on Thursday. A busy week ahead, lots of Bundesliga reruns, Europa League action on Thursday with Wolfsburg, Champions League on Tuesday with Bayern and I have two EM 2008 games to watch including the one I’ve been waiting so long to see, Germany v Austria.

It’s a good thing, having so many games to watch lined up and knowing that for most of them I can’t simply record them and get up late and watch them in the afternoon. I’m watching them online, the time is fixed, if I don’t get up I don’t get to see them. That’s good, I need something like that right now, something to focus on, to build my week around. If all goes to plan I can have some fun at the same time trying out my new video capture software.

Today is the day of last gasp winners with Wolfsburg, Gladbach and Hoffenheim all getting such a goal. Gladbach’s means I get a full 50 points for being dead on in my prediction. And Hoffenheim’s last minute winner scored by Sebastian Rudy is doubly good for me, not only do I get to salvage 30 points (I predicted 1-0 in their favour) but it means whatever happens tomorrow, Freiburg won’t finish the week bottom of the table.

Interesting thought to end with, last week I dreamed about Dortmund and then they beat Freiburg, this week I dreamed about Hoffenheim and they beat Stuttgart.  This is about to get very interesting because next week, Stuttgart play Dortmund on Friday and Freiburg host Hoffenheim on Saturday. I sure hope I don’t dream about Hoffenheim again next week. I hope I dream about Paderborn instead, after all they’ll need all the help they can get given that they play host to Bayern Munich.

Die englische Woche/Seven in a row

Die englische Woche is a week in the Bundesliga where teams play in the midweek as well as the weekend, a common occurrence in English football but not so in Germany. A slightly disappointing start to the week’s fixtures with Freiburg losing 2-0 to Bayern. I say slightly because honestly it’s not that bad a result, at least the score line is respectable, in truth it should be more, it doesn’t reflect the absolute dominance Bayern had in the game, in terms of possession and shots on goal.

They had something like eighty percent of possession and more than 20 shots on goal. The fact that it wasn’t more was mostly down to the heroics of Roman Bürki, standing tall against Mario Götze in the first half and denying Dante in the second, first tipping the ball away and then directing it away from the goal whilst almost still in mid-air and much more.

At least Freiburg didn’t go down 4-0 like Augsburg did last week, thought that’s a different game altogether. That 4-0 result is just as misleading as the Freiburg one, it makes it look like Bayern totally owned the game and Augsburg when that simply was not the case, it took them more than 40 minutes to get their first goal and the others all had to be worked for, funnily enough the same was true of Freiburg, the first goal came just before the end of the first half.

The defeat wouldn’t be so bad had Stuttgart not won their game, despite being down to 10 men. If Dortmund were to fail to take three points from tonight’s game that would help, but I find myself unable to wish that. Maybe that has something to do with the fact that I’m wearing a Dortmund goalkeeper shirt right now. Since it’s a goalkeeper shirt I can for the moment, decieve myself into thinking that it’s just because I like Weidenfeller. I don’t think it’s a good thing, that I have a Dortmund shirt before a Freiburg one, but the place I got it from, it wasn’t that they didn’t have a Freiburg shirt of any kind that was as affordable as this one (it’s last season’s) but they didn’t have any Freiburg ones at all. Typical, I would have to pick a team that isn’t one of the ones that is popular here, thus meaning that anything I want to buy will probably be coming from Germany.

It’s been a busy week here as well, not just in terms of football. I have now officially finished my gift list, I have all the gifts I’ve bought wrapped and sorted. And in the case of a special custom-made gift for someone, all the required work is done. It’s disappointing that after all the work I put in last week, especially in regard to the Löw wrapping paper, that it was all for nothing, or so it seems. All the effort that went into getting the gifts together in such a short space of time, all for nothing. Time is running short for the situation to be rectified. Two out of three isn’t bad, I’ve already given one person their presents, just one more to take care of. It’s not as if I won’t get to give the third person their gifts, it just won’t be before Christmas, it’s not the gifts I’m so disappointed about in truth, it’s the Jogi/Hansi/Klinsi/die Mannschaft themed card that I made especially for them.

Now I just want it all  to be over, the sense of anticipation is killing me. I can’t wait to give them their gifts and get it over with. Equally I can’t wait to get my hands on mine. It’s strange, I know exactly what is going to be in each present, I’ll be able to tell from the size which is which, and yet I’m still jittery about it.

It’s not all bad, tonight I’ll finally be doing the impossible, seven unbroken nights of sleep, and it’s the seventeenth, perfect. Plus I got my Hansi Flick Autogrammkarte in the mail, and the other two I bought with it.

Kind of random but related at the same time, I spend a lot of time worrying about my interactions with other people, whether I made any mistakes or not, whether said mistakes (if they occurred) are the reason for them not getting back to me, the worrying is one of the main things that make me think having friends is not such a great idea. Not only is it exhausting and time-consuming, but in a way it makes you very self-centered, or makes you seem that way at least. I’m worrying about myself, I’m only really thinking about it from my perspective, that can’t make me a very good friend in that regard, even though it’s not something I’m doing intentionally. I’ve been thinking about this the past few weeks, the idea I’ve been considering, it’s kind of crazy I think, partly because it’s an idea inspired by a TV show, but I wonder if a kind of friendship agreement/contract (like Sheldon’s in The Big Bang Theory) would be a good idea. Not like the ridiculously obsessive one he drew up to cover every eventuality, but just a few basic rules that both of us have to adhere to. Things like a three-day time limit on replying to e-mails.

I’ve been thinking about making a list of things that I want to work on for next year, or things that I want to be better at, or slightly less helpless. It seems that public enemy number one should be anxiety in all it’s forms. The amount of time I spend worrying about things and obsessing over them is most likely takes up more time than what it is I’m worrying about. I just have no idea how to approach it or where to start.

Also on my list I think would be learning how to be a good friend to someone, and how to make conversation with people. Knowing how much to say, when to stop talking, when a question would be out of line or inappropriate. I think maybe how intense I can be about some of my interests can be disconcerting to other people. I can’t stop thinking about a conversation I had with someone at the social group about the film Rush, when I said how many times I had been to see it, they stopped talking so much after that. I think if another autistic person is put off by the intensity of a special interest, then it may be a problem. Truth is though, with this particular example, I really don’t see what the problem is. I really liked the film Rush, I’m a huge fan of Daniel Brühl and I find Niki Lauda fascinating. Why is thirteen times too many to see it at the cinema? Besides, it’s not like I paid cash for thirteen cinema tickets, I have a cinema card, the cost was covered in advance, I can see as many films as I want so it’s not crazy on the money front.

I wonder if I’m aiming a little to high with the last few listed there. I wonder if maybe it would be more realistic to just avoid any conversation or interaction that is not absolutely necessary, that would be the easier option.

So as not to end on that depressing note, some new Roman related finds: 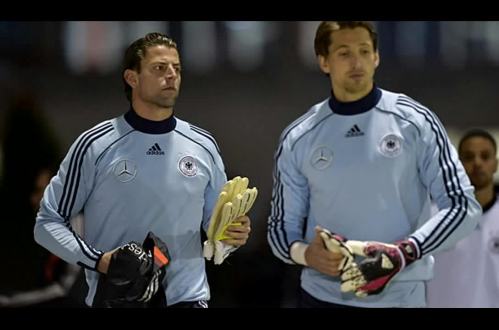