It’s not possible to get the other Mario in this calendar with him not being a Dortmund player but it’s just about the only half decent title I could come up with, so it’ll have to be good enough. As for Nicolas it would have been beyond perfect to get him yesterday seeing as how the sixth is St Nikolaus day. Though getting him on the seventh is just as good, it is one of my favourite numbers after all. It’s made even more perfect by the fact his squad number is 27. For once their pictures get to go first: 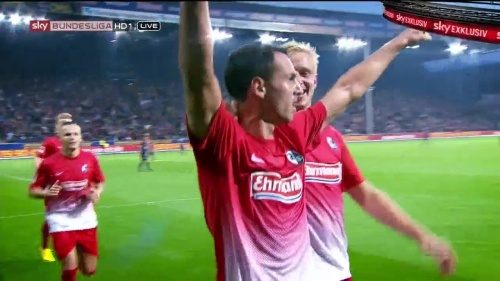 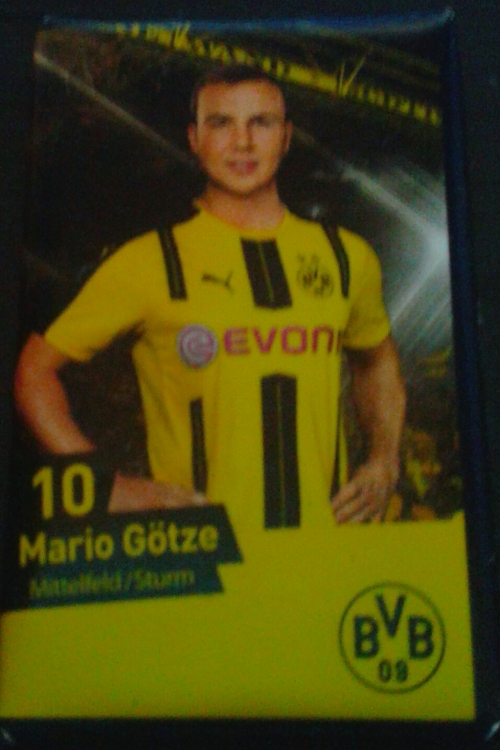 I very much expected to get if not a Jogi video then at least one of Marcus or Miro but I have nothing. I won’t get to test my theory now, if even just a Jogi video would have made me feel any better. Not even a half-time interview, just crowd footage. At least the night went fairly well in football terms, Dortmund drawing 2-2 with Real Madrid. And Leverkusen beat Monaco 3-0 though the result means nothing, they were through anyway. Nor do I really care if they got through or not. I’m only interested because of their little penalty saga. They’ve missed four penalties this season and had the chance to fix that negative streak. The ball ended up in the back of the net but they still haven’t ended the streak because it wasn’t a Leverkusen player who put it there, instead the ball hit the underside of the crossbar, bounced off the keeper’s back and rolled over the line. It’s the kind of thing you wouldn’t believe unless you actually saw it yourself.

Before I know it the week is almost over and the day is here, now I can’t get out of it. I don’t want to go but then I feel that way every time I have to go outside, whether it involves socializing or not. It’s just everything feels like such hard work at the moment, even more than usual. I can’t help but think it shouldn’t feel this way, I should want to see my friends. I went to all this trouble buying gifts, making a bookmark and wrapping them up, and now I’m trying to find an excuse not to go. I would say this is all going wrong except there’s no way for it to go right. Whatever I do it will be the wrong thing. Stay up and get no sleep and I’ll feel tired, sleep for a few hours and I’ll every bit as tired as I was when I went to bed. It really doesn’t matter anymore. Maybe this is the point where you have to admit you need help, at least that’s what I’ve been told. I’ve got no interest in talking to anyone about all of this. It didn’t help last time and it won’t now. The least I can do is stop lying to myself, I’m not going to pretend that I can straighten this all out and the weekend will go fine. I will see the game on Saturday but it won’t be because I fix this. For now at least it’s unfixable. Part of me wants to believe they’re right, that talking to someone will help. Because I hate the way everything feels like such a chore. As if I’m doing things because I have to and not because I want to. It’s ok for some things to feel that way but not everything.

Truly I think the only thing which would help is not being me anymore and that’s not possible. It brings to mind that article I read about clinical trials involving autistic people taking ecstasy. I’ve been curious about such things for a long time but I’ve never had the chance to try anything like that. It’s not like I get a lot of social opportunities. I’m curious to know what it would feel like not to be on the edge and anxious all the time, to not obssess over every last little thing. It’s not so much I want to be normal, I just don’t want to be me.