On Sunday Freiburg confirmed their return to the Bundesliga winning their fourth 2.Bundesliga title. But before that came the penultimate weekend of the Bundesliga. Bayern’s hunt for the title has some parallels with Freiburg’s campaign, for one thing it’s their fourth title in a row. For another they both got to confirm their title whilst playing against a neighboring club, Freiburg playing host to Heidenheim and Bayern visiting their newly promoted southern neighbours Ingolstadt. Interestingly enough their manager Ralph Hasenhüttl will be taking over as head coach at RB Leipzig next season in their first ever season in the top flight

. The one difference however between Freiburg and Bayern’s quest is that they didn’t get to officially celebrate last weekend, well they did celebrate but they don’t have their trophy yet. The reason being in theory at least Dortmund could have snatched the title from them. That however is not possible after their surprise 1-0 loss to Eintracht Frankfurt. I always intended to watch Bayern’s last game of the season live and now I most definitely will. It will be a lot of fun, getting to watch Bayern celebrate their title win as H96 officially get relegated.

Random Freiburg fact I have to mention, the first time they were promoted to the Bundesliga was 1993. Promoted alongside them was a team named VfB Leipzig. Also one of the teams relegated from the second tier that year was Darmstadt who are now in the top flight

after 33 years in the lower tiers of German football.

Getting back to Bayern and their game Ingolstadt were no pushovers for the champions elect. Bayern took the lead after just fifteen minutes through a Robert Lewandowksi penalty. Ingolstadt however had plenty of fight in them and in fact they almost equalised just two minutes before Bayern scored their second goal. Strangely enough Ingolstadt did get a goal, through a penalty in the 42nd minute. Despite all the goals coming in the first half the second was still more than watchable. Ingolstadt haven’t always been the most watchable of sides this season but this was a most entertaining game, it’s easy to see why they’ve never been in any real danger of getting stuck in the relegation battle this season, unlike Darmstadt who were promoted alongside them last year. They didn’t defend perfectly however, it could have been three or four nil for Bayern but they had a little bit of luck, that and Douglas Costa took far too long and made everything more complicated than it needed to be.

Elsewhere in the Bundesliga there was nothing complicated about Eintracht Frankfurt’s surprise 1-0 victory over Dortmund, they scored early on and spent the rest of the game successfully holding Dortmund at bay. Their victory did not come about without a bit of luck however, in the first half Mats Hummels wrongly having his goal deemed as offside. I wanted Frankfurt to win this one, I know normally I’m rooting for Dortmund but I was willing to make an exception for this one game. Especially seeing as how Dortmund’s dream of snatching the title from Bayern was always just that, whereas survival for Frankfurt is a very real possibility. And I would most like Freiburg to be visiting the Commerzbank Arena next season and for Niko Kovac to still be in charge, not forgetting Lukas Hradecky in goal of course. The other result of interest to me was Stuttgart losing 3-1 to Mainz, that is a result I wanted to see and I thought they would lose too. Yet I feel sort of bad about it which is very strange, especially considering who I feel bad for. The person in question being Kevin Groβkreutz who got very emotional after the game. I’m no fan of him so it was a huge surprise to me that I felt somewhat sorry for him. That loss however is fantastic news for both Werder Bremen and Eintracht Frankfurt. It also means nothing less than a win can save Stuttgart on Saturday, they have to beat Wolfsburg or they’re relegated. They escaped the same fate on the final day of last season against Paderborn, repeating that feat against Wolfsburg is a whole other story. Eintract Frankfurt play Werder Bremen. A win for Bremen would see Frankfurt in the play-off place, whereas a draw would see them stay as they are. That’s not a result I’d like to bet on and not just because I’m fond of both sides. I really have no idea who’s going to win. The only thing I’m certain of is that the final day of the season will be no less nail-biting than it was last year. Freiburg aren’t involved but I still have a horse in the race so to speak. 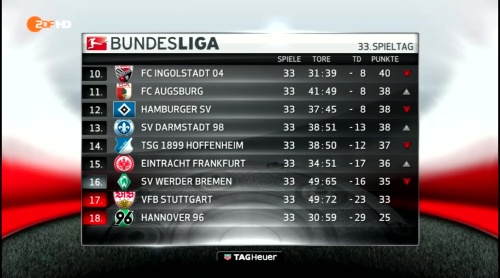 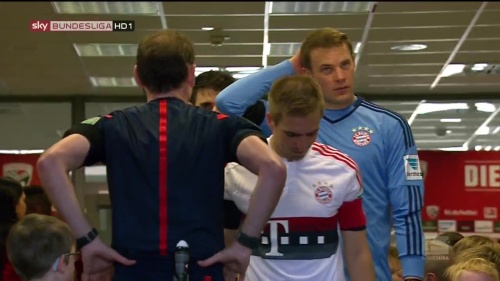 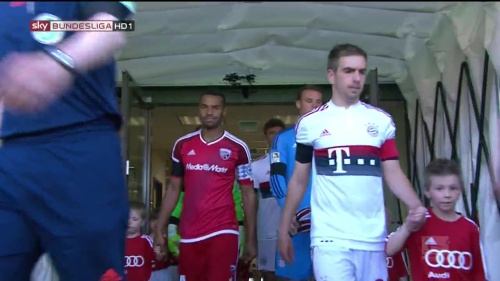 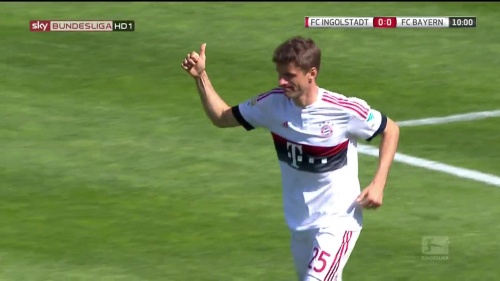 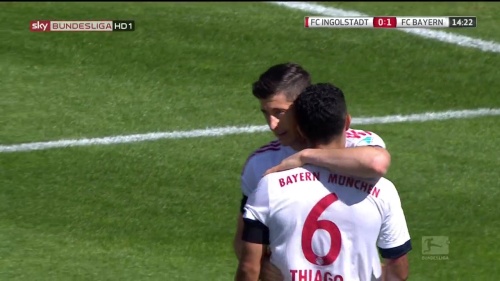 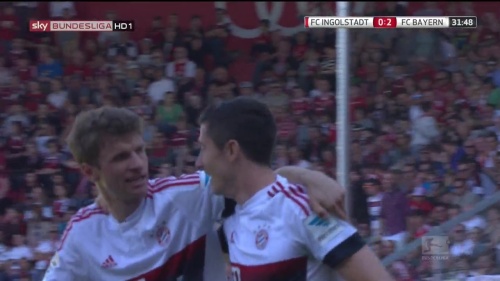 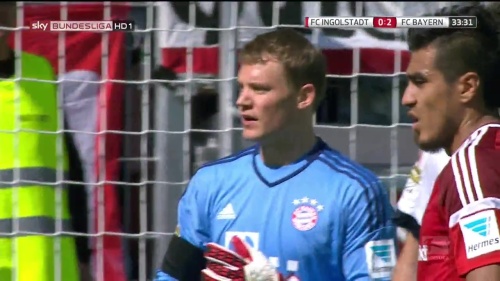 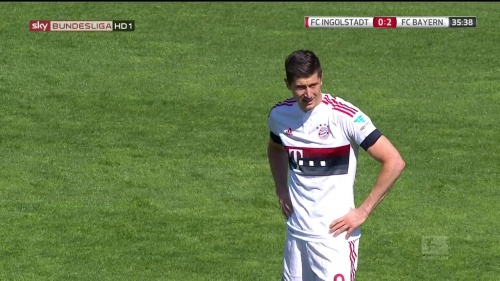 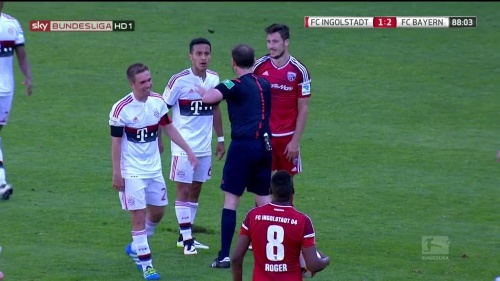 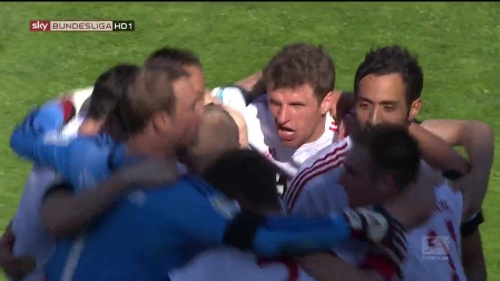 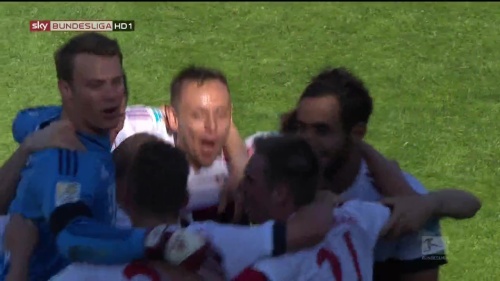 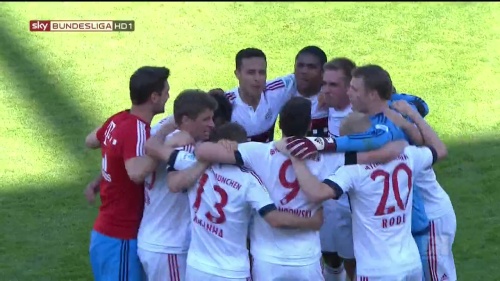 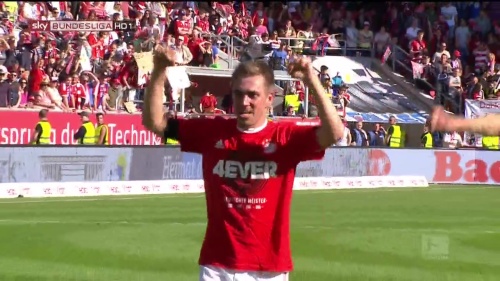 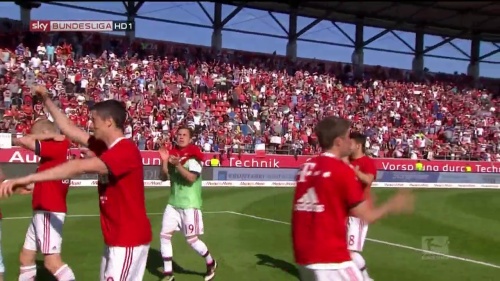 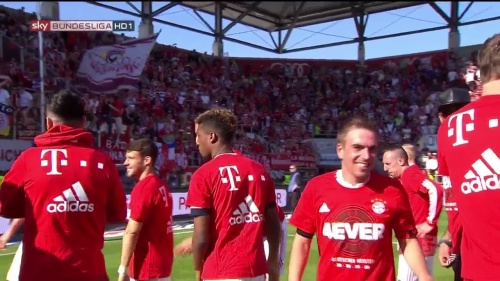 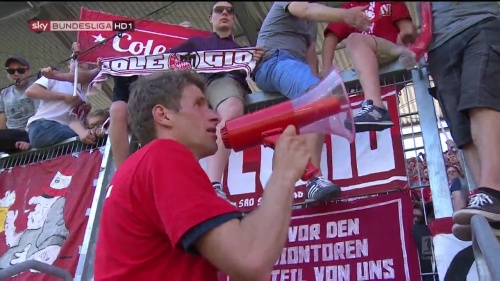 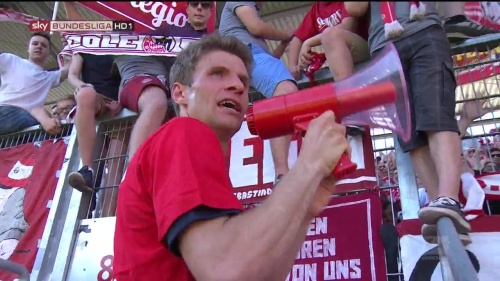 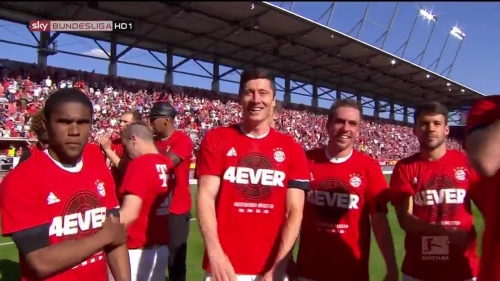 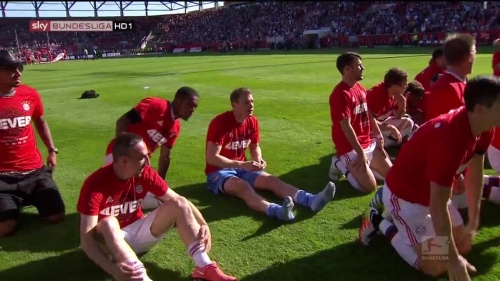 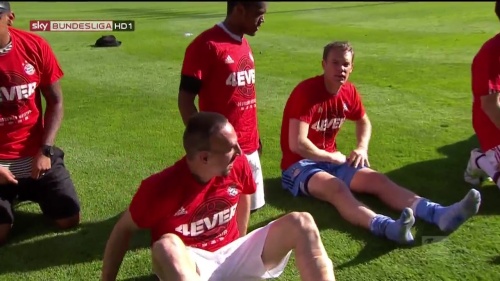 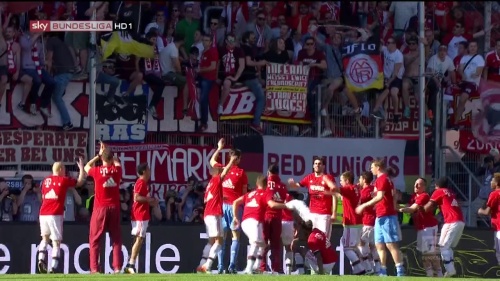 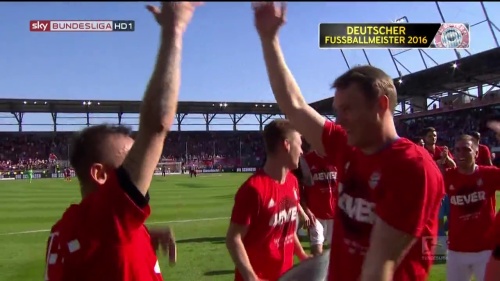