In this heat I have no intention of taking a stroll anywhere. I’m not a big fan of summer. The only thing I like about it is that international tournaments are held during the summer, though I’m not particularly looking forward to this years. But today none of that matters, this is not a Jogi day or a “die Mannschaft” day. No, today belongs to Freiburg and to them alone. Today they celebrate not only their return to the Bundesliga but their status as champions of the division. And it just had to be Florian Niederlechner who scored the goals against his old team Heidenheim. Double joker today because the goals were scored and created by two substitutes, providing the assist for both was Lucas Hufnagel who himself scored a very important joker goal against Bielefeld earlier in the season.

The summer is far from over, there’s still the DFB Pokal final and the Euros of course but as far as I’m concerned I have the thing I wanted the most. I’d like to see Dortmund and Matze beat Bayern in the final but that would just be an added bonus

. All that matters to me is Freiburg back in the Bundesliga, Dortmund coming to the Schwarzwald Stadion again, more importantly Matze going there.

Seeing all the celebrations after the game was wonderful but there’s one thing above all that I found amusing. That was Christian Streich

going back to the team after his interview. Him celebrating by himself as he made his way back over there and the commentator saying that he’s a very special man. Indeed he is and I just had to make a GIF of that moment. To me it sums up why Freiburg. Like Christian Streich they march to their own tune:

Also amusing was Vincenzo Grifo wandering around bare-footed having given his boots to a fan. That is one lucky person, I hope they appreciate what they’ve been gifted, a pair of boots from a true artist.

After celebrating I’m going back to my second play-through of Mass Effect 3, it’s way too warm to do anything else. I have stuff to do but it can wait till tomorrow. Ironic that part of having a lazy day is saving the galaxy, but to be honest I don’t really care about that. I don’t even like Mass Effect 3 that much, the main reason I’m playing it again is so I can make my character Thomas fall in love with Kaidan. But before that it’s party time, well a real party for them, more of a virtual one for me: 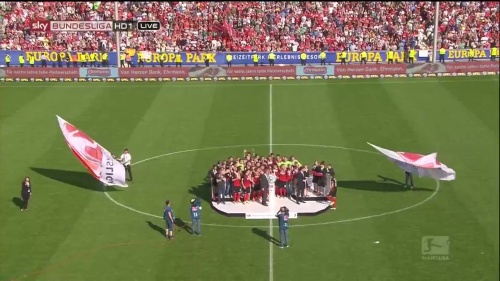 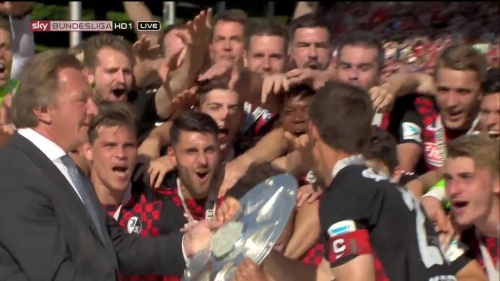 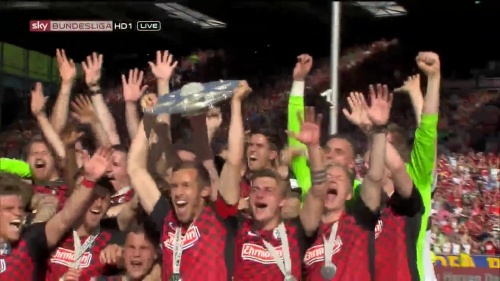 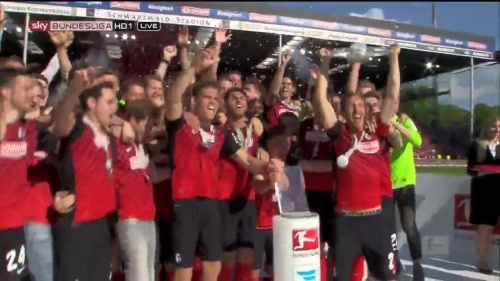 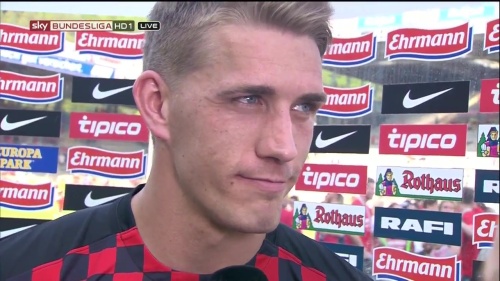 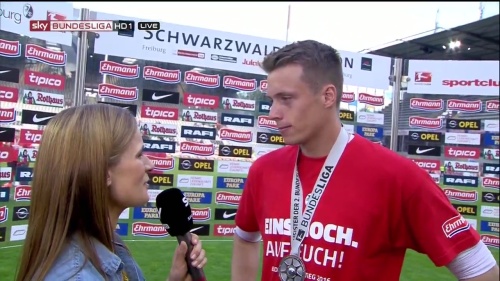 One response to “A Lazy Sunday”