What’s your most prized possession?

I have many possessions I value greatly, various collectibles, my hard-drives and my laptop. But I think it would be impossible to pick one. I have several awesome collectibles, including two pairs of Hansi Flick’s boots, a football signed by him, one signed by Joachim Löw, my Jogi & Hansi coins and of course Hansi Flick’s training shirt. And a few other things I can’t take pictures of, like my copy of Freiburg’s 2-1 victory over Bayern last season. They got relegated anyway but it doesn’t detract much from the happiness of that day, especially because Nils Petersen came back. 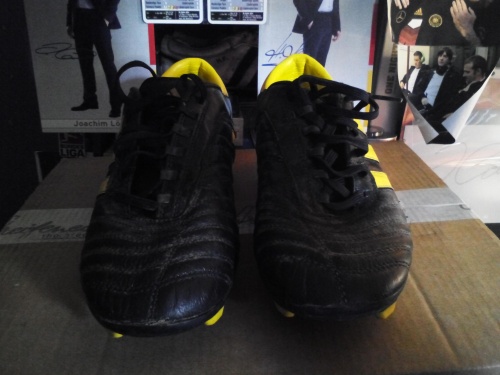 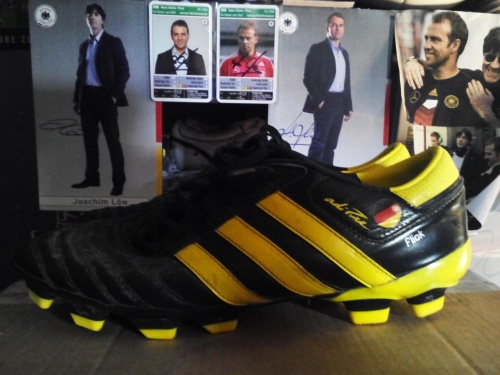 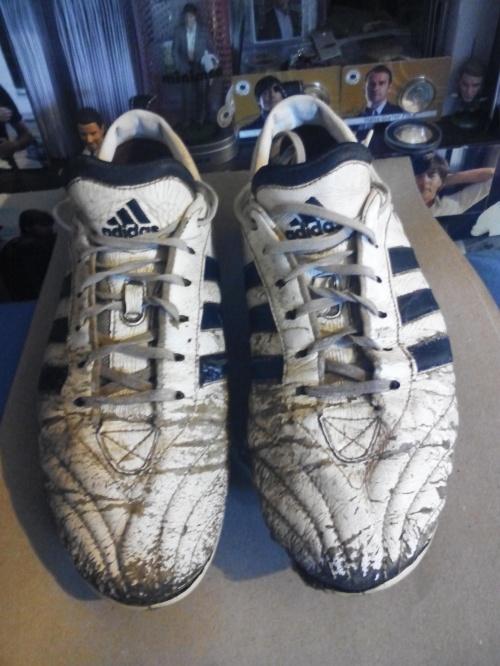 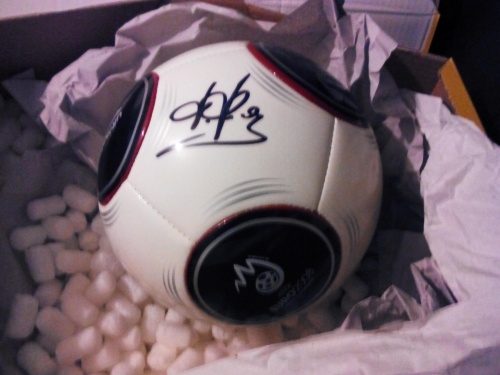 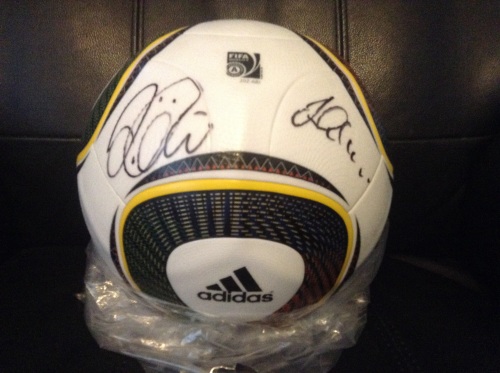 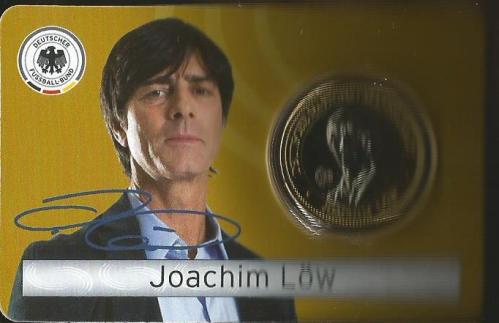 I love each and every one of these things but like I said it would be impossible to pick. So going in a different direction, away from physical possessions I would say my most prized possession is my imagination. Without it I would never come up with any of the stories which take up so much of my time, however would I amuse myself without it. It’s not so much the stories that I write, it’s more the ones I don’t write, the ones that are just too awesome and too over the line to commit to paper. People think I must be lonely because I spend so much time by myself, I’m not that lonely but if I didn’t have my imagination I would be.

I know my imagination is not exactly a possession and even if it was, it’s only a half truthful answer for the simple reason that sometimes I don’t possess it but it possesses me. Just this morning I was up until 6:00am working on a new idea, despite the fact that Freiburg were playing at 12:30. I simply had to write down my idea there and then, at least as far as that’s concerned it all worked out. I got the idea down on paper and I got up in time for the game. As it turns out they lost anyway but I stuck to the plan, that’s what counts.

Thinking back to a very amusing anecdote it’s tempting to say my mind in general is my most prized posession. I told someone a story from the book Das Reboot, about a team bonding activity for the German national team at the training camp before the World Cup last summer. Long story short, the entire national team and the coaching staff in a sauna, the thought of which amused my friend greatly. It was however their comment which was of an even greater source of amusement, in which they said I bet that’s a place in your mind you visit often. Funnily enough, no it’s not, when I think about Manuel Neuer in shorts, I don’t picture the rest of the squad there, nor are Jogi and Hansi there.