Two matches so far for SC Freiburg, six points, seven goals scored – four of those for Nils Petersen. Four now because he got himself another one today, the only one of the match in fact. Today’s match saw SCF visit a very familiar place, the Allianz Arena in Munich, but of course it’s not Bayern who were their hosts but 1860 München. Not easy opponents by any means and the numbers were in their favour today with them winning 15 of the past encounters between the two and Freiburg winning 11. It was however Freiburg who came out with the three points, thanks to Mike Frantz being brought down in the box in the 73rd minute and Petersen putting away the resulting penalty. In truth if it weren’t for that the match would likely have ended goalless with neither team looking like scoring, plenty of almost chances and some near misses including two long range efforts from Maximillian Philipp and Amir Abrashi which weren’t far off, but few real chances. If 1860 had been a little less wasteful with their chances, it may have been a very different story, happily that wasn’t the case. Alexander Schwolow got to show what he can do today, he did not disappoint, making many a vital safe and showing very safe hands. I’m no closer in finding a nickname for Petersen but at least Schwolow is easier on that count. Safe Hands Schwolow, that’s what he’ll be christened. Not just yet, I’m not quite over Roman Bürki’s departure, but I’m getting there.

So Freiburg get to stay at the top of the table, and they’ll stay there until the next match-day, that’s definite since Kaiserslautern played last night (drawing 0-0 with Eintracht Braunschweig). The only two teams who could possibly have any effect on how the top of the table looks are Greuther Fürth and RB Leipzig who play each other on Monday night. But unless something really weird happens and it turns into a veritable goal-fest, which I recognise is not impossible, then things will stay as they are. Let’s hope that it’s an eventful Monday night and not one like opening night.

First up a video of Christian Streich’s pre-match interview:

Then a video of the highlights, and a post match interview with Nils Petersen.

To finish, the usual match-day pictures, including several of Nils Petersen, the man of the hour: 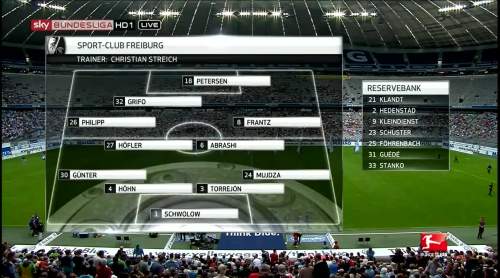 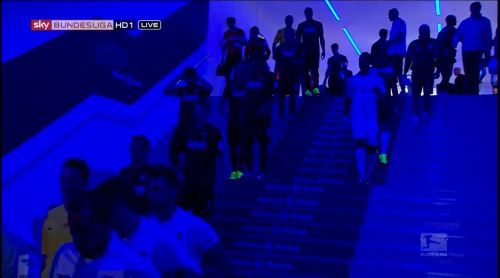 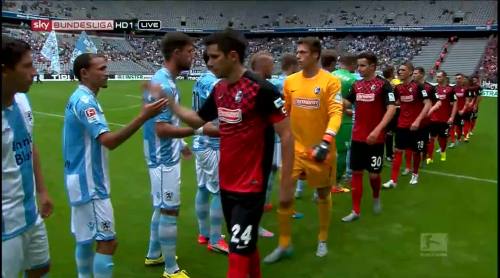 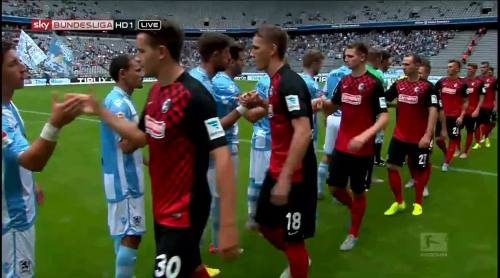 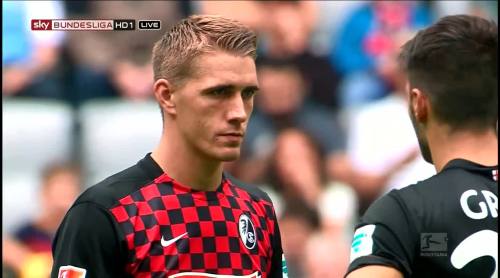 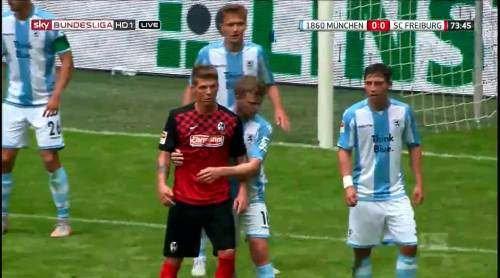 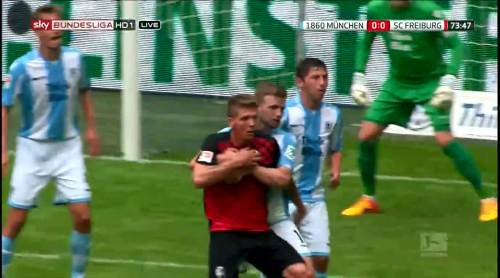 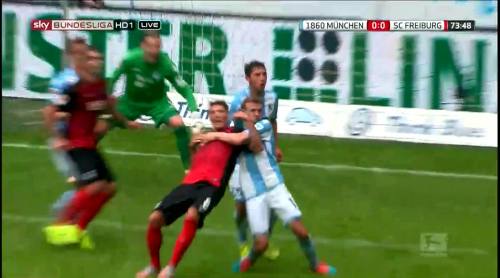 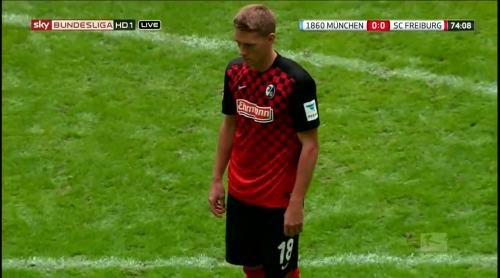 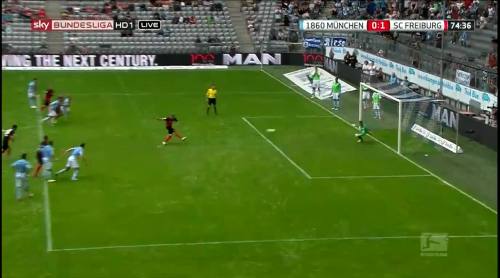 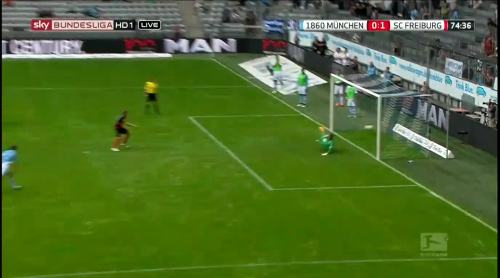 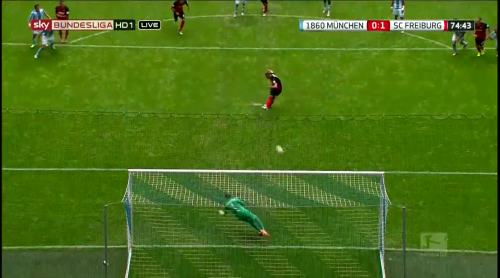 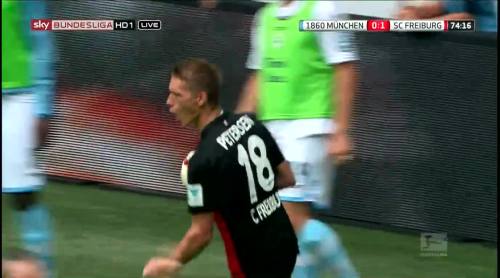 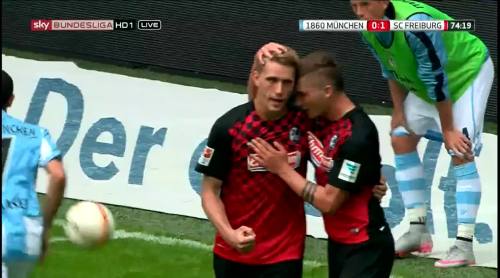 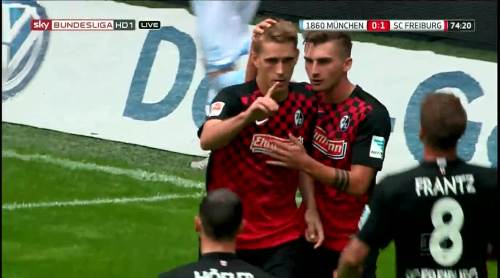 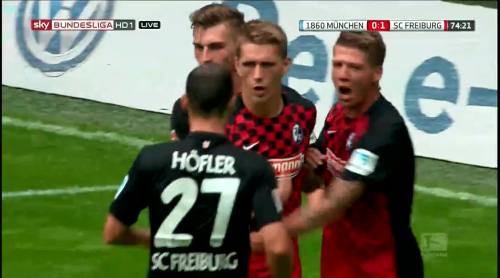 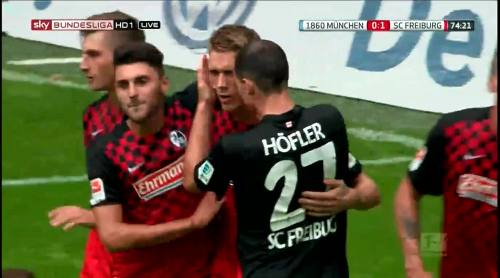 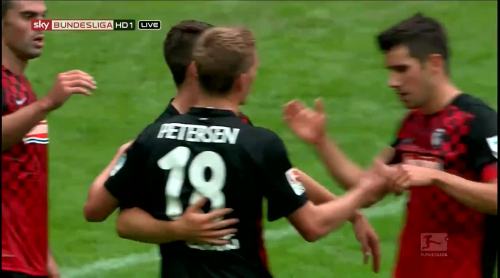 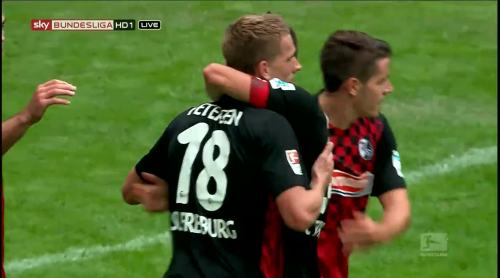 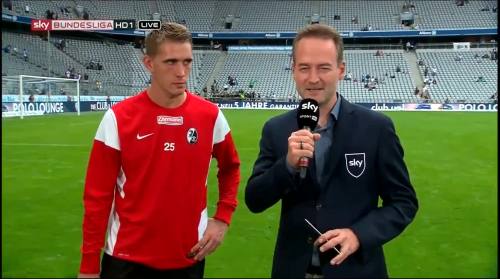 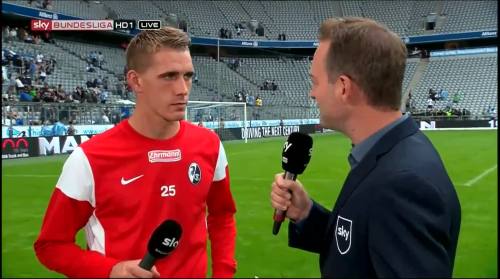 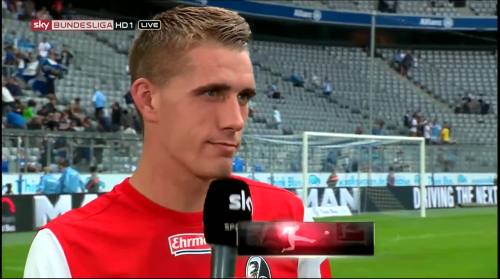 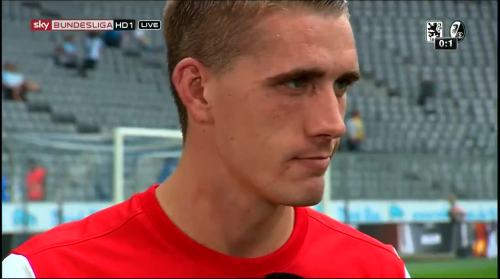 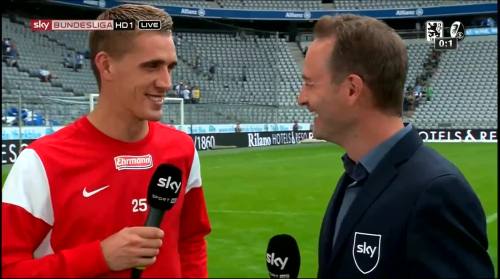 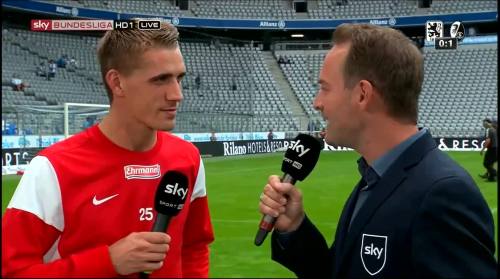 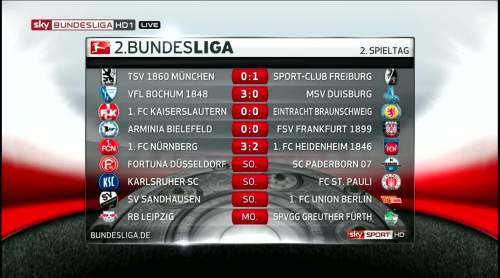 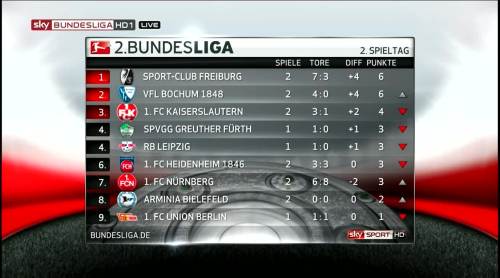 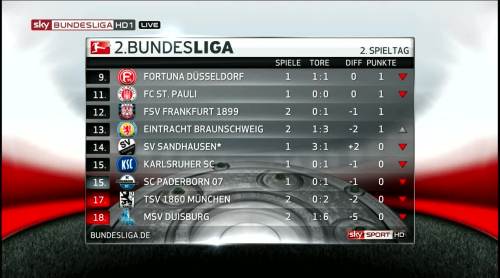