I Want to Know What Love Is

We each have many types of love relationships — parents, children, spouses, friends. And they’re not always with people; you may love an animal, or a place. Is there a single idea or definition that runs through all the varieties of “love”?

Can love be defined? Should you attempt to define it? Is it not one of those things were logic does not apply, where one of the things that is great about is the fact that it doesn’t need to make sense, it doesn’t require a rational explanation or any kind of explanation at all. That doesn’t sound like me at all, I think there’s a reason for everything, that you can always find an answer for something if only you look hard enough.  I’m kind of out of my depth here,  you couldn’t pick a more difficult or uncomfortable topic for me to write about if you tried, so this is just my random ramblings on the subject.

You can love many things,  a person, a football team, a place or in my case an activity, like the process of collecting football stickers. I think one thing that unites them all is a feeling of completeness, a feeling that there is nowhere else in the universe that you would rather be. When you are with that person, watching your team or in the place that makes you so happy then it’s as if all is right with the world, you couldn’t be happier if you tried.  The kind of happiness that makes you feel like doing this:

Also relevant is the notion that you would do anything for them, commit to watching games at awkward times, spend 51 Euros on a pair of football boots that you can’t even wear, not only agree but don’t flip out when a friend has to alter the plans you made slightly. Sticking with them when things are difficult, not abandoning them when things start to get tough, not finding another team just because yours is seventeenth in the league and has only won four league games out of twenty-four this season.

I think the absence of logic is probably the one single thing that unites all varieties of love, it’s the thing that frustrates me so much but also it’s most likely the best thing about it.  As much as it troubles me I like the fact that you can’t always explain how and why you fell in love with something. For example when it came to picking a team to follow, I went through each and every team in the Bundesliga and I made a short list of possible choices. True, Freiburg were on my list yet I had envisioned them being a second team, but they had their own ideas about that. I like the fact that there was a random moment in which all of a sudden I decided, not really decided, more became aware of it that they were the team for me. I like it even more that I not only know the exact moment but that I can picture it, it was the 2-2 draw with Mainz on the 22nd November.

I don’t think things like this are meant to be explainable, like this picture for example, I know that this pictures makes me as happy as I can be, not only can I not say why but I don’t even know if I know why, all I know is it does and sometimes that’s enough: 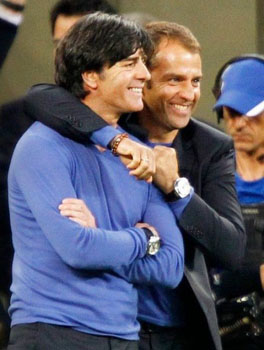 This entry was posted in SC Freiburg, The Daily Prompt and tagged Football, SC Freiburg. Bookmark the permalink.

One response to “Defining the undefinable”