“It was the best of times, it was the worst of times.” — Charles Dickens, A Tale of Two Cities

When was the last time that sentence accurately described your life?

That sentence could justifiably be used at anytime, now it’s especially true. I have a reality based special interest, I get to spend some time outside, I’m not spending all my time playing video games and hiding away from the outside world, I’m learning German. And yet something is still missing.

There’s another relevant sentence here, said to me a few months ago “you should go to Germany next summer.”

Funnily enough, I just bought as a Christmas gift for this person a copy of Alone in Berlin. When they said that, I thought I should do that, it would be great. Ten seconds later reality kicked in and reminded me how ambitious and insane this was. I can’t go to an unfamliar city in this country and I want to fly to Düsseldorf. It would all be so perfect, from Düsseldorf to Dortmund, to Frankfurt and of course Stuttgart and Freiburg. I’m undecided about Munich. If I went at the end of summer, I could get a ticket for Freiburg’s first game of the season, if it was a home game.

The irony is given that it’s where my obsession with Germany started, Berlin wouldn’t feature in the trip at all. It’s too far out of the way, that would have to be a separate trip. That’s probably best given how much there is I want to see in Berlin anyway.

The trip would be important not just in terms of me doing something by myself but also it would be the first time one of my obsessions gets tested. None of them have ever had to meet reality before. There have been possible chances, but they didn’t last long enough to face them. It would be interesting to see what happens afterwards, would it spell the end or would it make it stronger. Will experiencing Germany in reality change my mind about it, will it turn out to be not what I thought it was?

A couple of weeks ago I was thinking over the subject “why Germany” and trying to write a little something, because I’d been talking about it with someone. Their theory was something about Germany being a home away from home, I didn’t really understand what they were talking about. It can’t be a home away from home, not when you don’t have a home to be away from. I certainly would not class this as home, not in any way, it’s just where I happen to live. I don’t how much the reasons they think I like Germany are rooted in preconceptions and stereotypes of Germans. For example Germans are meant to be organised, precise and liking rules and hating chaos and disorder. It is true that I like all of those things. I wonder if Germans are more formal than British people in their day to day interactions. In Germany and the Germans the author noted this fact but said that it was starting to change, I wonder if it has continued to do so.

Random Jogi tangent, as well as buying gifts I’ve been designing custom wrapping paper, who wouldn’t want their gifts wrapped in Löw-ness. this is the picture I used: 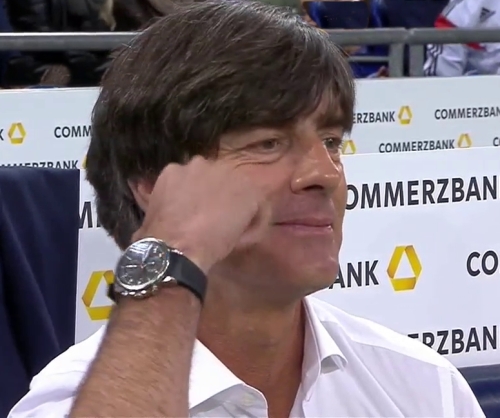 4 responses to “Alone in Germany”